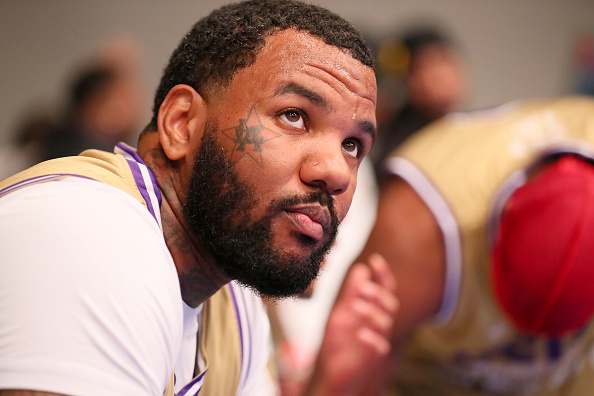 The Game has just released news of his release date for his next album “Drillmatic (Mind vs. Heart)” for June 17th! Artwork was released as well. Producer Hit-Boy executive produced the LP, and led off with the controversial single and video “EAZY” featuring Kanye West, that delivered the infamous line…”God saved me from that crash, just so I could beat Pete Davidson’s @$$!” The released album details on Tuesday (May 31) along with old images of him and his son taken by Jonathan Mannion and an empty tracklist with 30 songs. His management, Wack100, revealed in January 2021 that Game was coming out of retirement (after Born 2 Rap, which was meant to be his last album) and was working on a 30-song album titled 30 for 30. However, the premise for the album hasn’t changed, just the title. The Game recently said he was the best rapper in the game, do you agree? Are you excited about a new Game album? Hit us up and let us know?