The City of Louisville is restricting access downtown before A.G. Cameron announcement! 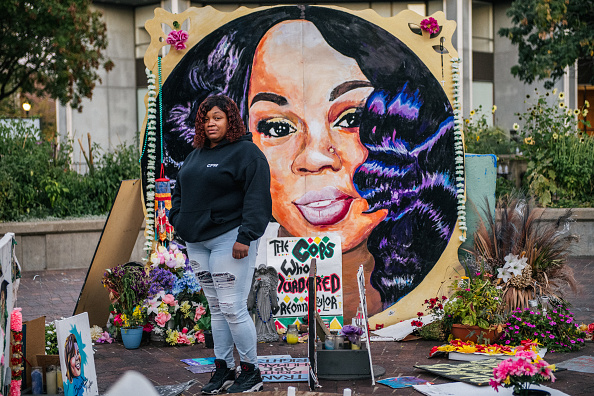 LOUISVILLE, KY - SEPTEMBER 21: Tamika Palmer, mother of Breonna Taylor, poses for a portrait in front of a mural of her daughter at Jefferson Square park on September 21, 2020 in Louisville, Kentucky. Demonstrators gathered to prepare for possible unrest in wake of the Grand Jury decision regarding the officers involved in the killing of Breonna Taylor. Taylor was fatally shot by Louisville Metro Police officers during a no-knock warrant at her apartment on March 13, 2020 in Louisville, Kentucky. Demonstrators have occupied the park for 118 days. (Photo by Brandon Bell/Getty Images)

Mayor Greg Fischer tweeted the City of Louisville’s plans to restrict access downtown in preparation of Kentucky Attorney General Daniel Cameron’s announcement if charges will be brought against officers responsible in the death of Breonna Taylor? The Mayor says this is “due to increased attention and activity in anticipation of an announcement,” but this has protestors upset. Organizations and community leaders view the “preparation” as a sign of bad outcome for family and protestors hoping for not only the firing of the (3) officers involved, but an indictment of murder charges. Why would peaceful protestors need so many barricades and surrounding buildings boarded up, just for an announcement if there wasn’t bad or disappointing news to come? I guess we won’t know if this was a good or bad decision until an announcement is made, but for those who do not come in peace, it’s better to be safe than sorry. Here are tweets from Mayor Greg Fischer about restrictions and traffic plans:

We do not know when the @kyoag will make an announcement, or what it will be. Our goal with these steps is ensuring space and opportunity for potential protesters to gather and express their First Amendment rights, & to prepare for any eventuality to keep everyone safe. https://t.co/S2LlFWgL0A