The boards are coming down across Louisville…what are your thoughts? 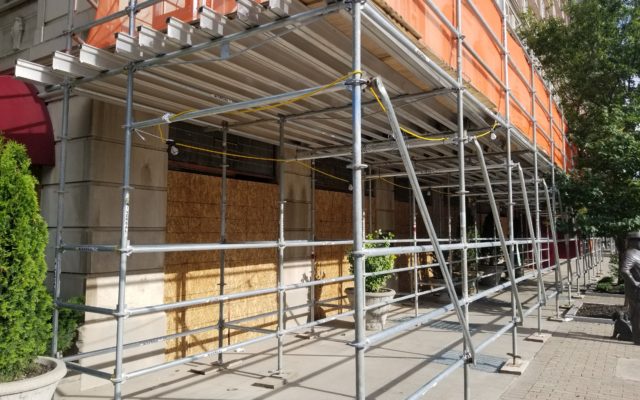 The city feels divided even more, after the results of the charges against LMPD officers involved in the Breonna Taylor case were dropped!? Attorney Daniel Cameron announced charges that were decided by the grand jury weeks ago. Daniel Cameron is accused of misleading the grand jury in what was presented to them for charges in the case. The family of Breonna Taylor and the city stood on edge for months waiting to hear charges of 2nd degree murder, but 2 officers were acquitted, and 1 was indicted for wanton endangerment on a neighbors apartment. The City of Louisville was prepared for outrage prior to the announcement, and boarded up every major business and building in downtown Louisville for months! The Taylor family attorney’s are asking for another prosecutor to overlook the case that was presented to the grand jury, but only time will tell if justice will be served for Breonna Taylor. There were weeks of protests, a curfew order, looting, random violence and what was termed “riots,” turned out to be random acts of criminal activity by random people. The only thing the protesters were guilty of was ignoring the city curfew and engaging in unlawful assembly. Now that the city is starting to “calm down,” the protests continue and the fight for justice moves on…what are your thoughts? The boarded up businesses and media brought on a fear that divided peoples thoughts on protesters, and caused the city and state to bring in the National Guard. Was it all hype, or did the wrong people get profiled for standing up for what they believe in? Protesters versus “rioters, looters” etc. Tell us what you think? Boards will be coming down over the next few weeks off the Brown & Williamson Tower, PNC Tower & 400 W. Market Street!