Prince Markie Dee of The Fat Boys Passes at 52! 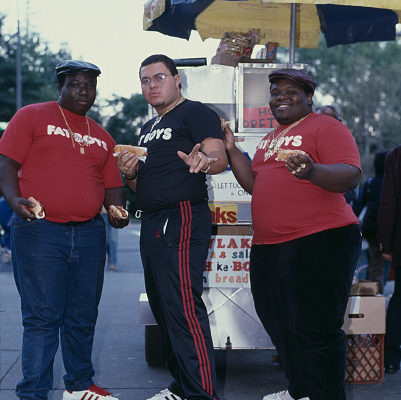 Mark Anthony Morales known as Prince Markie Dee of The Fat Boys, has passed at the age of 52. The Fat Boys were Markie Dee, Buffy The Human Beat Box and Cool Rock Ski. Prince Markie Dee and Cool Rock Ski were the last 2 remaining members. The trio lost “Buffy” The Human Beat Box in December of 1995 due to a heart attack. Prior to that, the group had success with a string of hits and even appearing in movies like Krush Groove & Disorderlies. The group blossomed in the 80’s era of hip hop with Kurtis Blow, Run DMC, LL Cool J, Whodini and more! As the 90’s approached, the group grew apart and went their separate ways. Prince Markie Dee  would see solo success as an artist and producer. He had a #1 hit with “Typical Reasons (Swing My Way)” and went on to produce for artists, Mary J. Blige, Mariah Carey, Jennifer Lopez & Craig Mack. He will be truly missed…R.I.P.