President Barack Obama celebrated his 60th Birthday over the weekend! 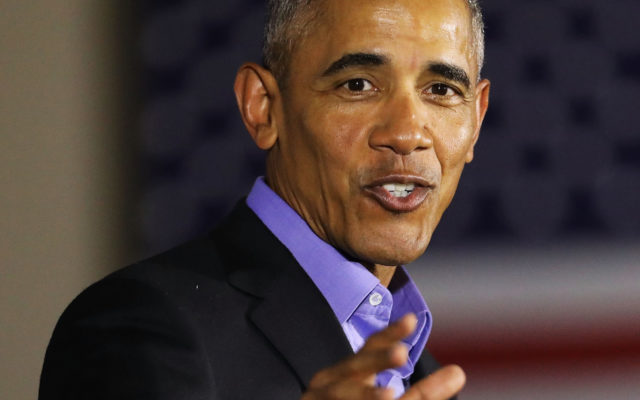 NEWARK, NJ - OCTOBER 19: Former President Barack Obama speaks at a rally in support of Democratic candidate Phil Murphy, who is running against Republican Lt. Gov. Kim Guadagno for the governor of New Jersey on October 19, 2017 in Newark, New Jersey. This is Obama's first return to the campaign trail to stump for Democratic gubernatorial candidates in New Jersey and Virginia as they prepare for next month's elections. (Photo by Spencer Platt/Getty Images)

Obama and his friends were recently living their best lives celebrating his 60th birthday party. Obama’s birthday is August 4th, but he celebrated in style over the weekend. In one leaked pic, Obama is on the dance floor smiling with a mic in hand. Another photo showed his fancy napkins that read “44×60” in gold lettering. 44 is because he was the 44th president, and 60 is his age.  People in attendance include Jay-Z, Beyoncé, Bradley Cooper, Don Cheadle, Gabrielle Union, Dwyane Wade, Bruce Springsteen, Steven Spielberg, Tom Hanks, George Clooney, Erykah Badu, and Jennifer Hudson. There was some backlash from the internet because there were pics of Obama not wearing a mask. There was even a viral clip of Obama dancing with singer H.E.R. What is the fanciest birthday party you ever attended?

4 days ago
Connect With Us Listen To Us On