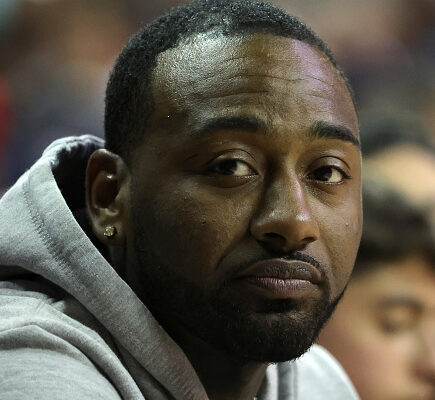 LAS VEGAS, NEVADA - JULY 07: NBA player John Wall attends a game between the Houston Rockets and the Orlando Magic during the 2022 NBA Summer League at the Thomas & Mack Center on July 07, 2022 in Las Vegas, Nevada. NOTE TO USER: User expressly acknowledges and agrees that, by downloading and or using this photograph, User is consenting to the terms and conditions of the Getty Images License Agreement. (Photo by Ethan Miller/Getty Images)

NBA star John Wall says he thought about suicide while dealing with a series of emotional and physical setbacks. In an interview clip posted to social media, Wall listed off number of hardships – from rehabbing a torn Achilles to losing both his mother and grandmother during the COVID-19 pandemic. But now, Wall says he has a new outlook: “Looking at all that, I’m like, if I can get through this, I can get through anything in life“. Wall has played in just 40 games over the last two seasons.  He signed a two-year deal with the Clippers earlier this year. Are you surprised to hear about wealthy and famous athletes dealing with the same mental struggles many of us face? If you’re struggling and need help or have thought about suicide…call or text 988