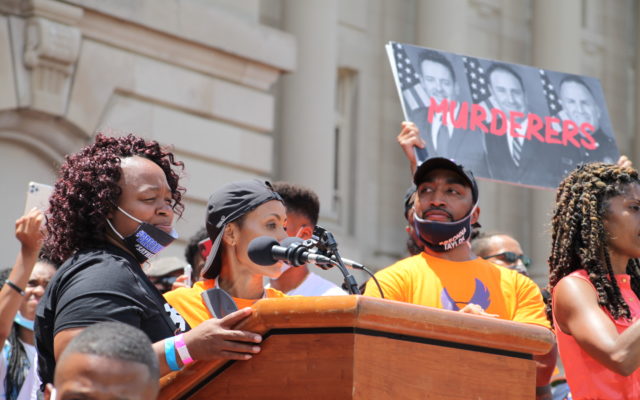 The “Justice for Breonna Taylor Rally” took place today, June 25th at Kentucky’s State Capitol Building in Frankfort, Kentucky! The rally was to get the attention of Kentucky Attorney General Daniel Cameron, to convict the police officers who are still not charged in Breonna Taylor’s death that happened March 13th 2020 earlier this year! The event was backed by RocNation and supported by Alicia Keys and other entertainment figures, but was organized by Until Freedom co-founder Tamika Mallory! She was able to put on an amazing event supported by Common, Benjamin Crump, Jada Pinkett Smith, MC Lyte, Yandy Smith, Trae The Truth,  Mysonne, Chi-Ali, and many more! The event started with 2 selections from Freedom + Unity Community Choir, prayer and then guest speakers addressing the current issues, along with Breonna Taylor’s mother Tamika Palmer speaking to, and thanking the crowd! #unitedforjustice