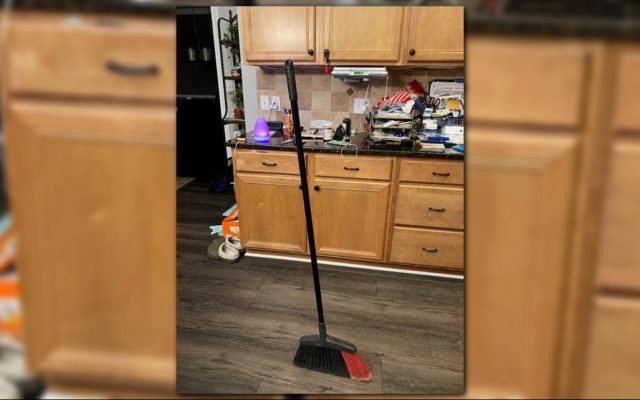 2020 is the year that brooms finally stand up for themselves!

While scrolling through your timeline, you may have come across folks posting their participation in the #broomchallenge. I thought I just missed the memo on sweep your floors day or something but, no, it seems that most of the american internet has minimal contact with our bristled dust busters.

The latest viral internet task sees people trying to get an ordinary household broom to stand on its own. Simple right? Apparently, no, I overestimated the amount of broom time for the average person. The phenomenon allegedly could only have happened yesterday (Monday) because NASA claimed the tilt of the Earth made it possible. However, experts say it’s just a hoax. In fact, the original post that mentions the space agency is missing.
“It’s just balance. People think it’s special because at what other point in your life would you stop and try to balance a broom,” reveals meteorologist Betsy Kling.

I used to do this every single night sweeping the floors of a restaurant….some of you are just uncultured

via GIPHY
Which viral challenges have you tried? How successful were you? Did you know how brooms worked?