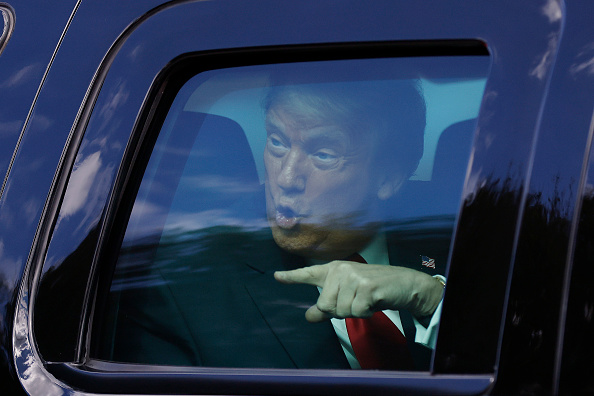 WEST PALM BEACH, FLORIDA - JANUARY 20: Outgoing US President Donald Trump waves to supporters lined along on the route to his Mar-a-Lago estate on January 20, 2021 in West Palm Beach, Florida. Trump, the first president in more than 150 years to refuse to attend his successor's inauguration, is expected to spend the final minutes of his presidency at his Mar-a-Lago estate in Florida. (Photo by Michael Reaves/Getty Images)

President Trump’s 2nd impeachment trial begins today. Lawyers for Trump say that Trump’s speech on Capitol Hill on January 6th is protected by the 1st Amendment. The Capitol riot left 5 dead. One of those being a U.S. Capitol police officer. One of the supporting groups, The Proud Boys , were recently listed by the Canadian government as a “terrorist” organization. The group is known for supporting Trump, and received mention during the presidential debates. Even though President Trump denies the “incitement” of rioters on the U.S. Capitol, the rioters say they were following the orders of the President? The biggest argument of this impeachment trial is, “is impeaching a former president constitutional?” Tell us what you think? Hit us up @hiphopb965