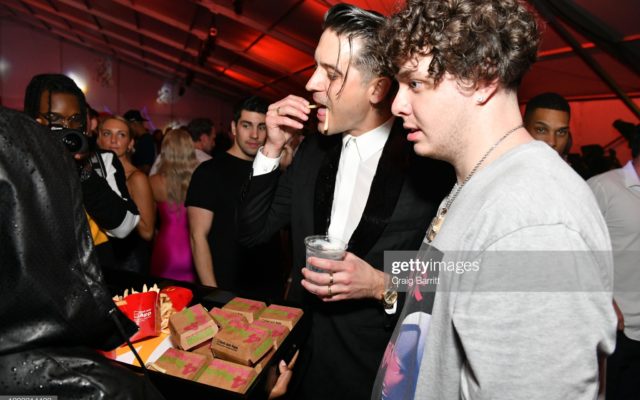 Not even 24 hours after Halsey popped off on a fan during her BudxMiami pregame performance just because she heard his name, G-Eazy is setting the internet ABLAZE.

After being spotted with our own Jack Harlow earlier Super Bowl weekend it looks like G-Eazy can’t stay out of the news! Some how, this man has found his way to Meg The Stallion’s side and even more headlines this weekend as he posted video of him smooching the Houston sensations cheeks as the two laid up at a Super Bowl party. The internet absolutely cannot believe this.