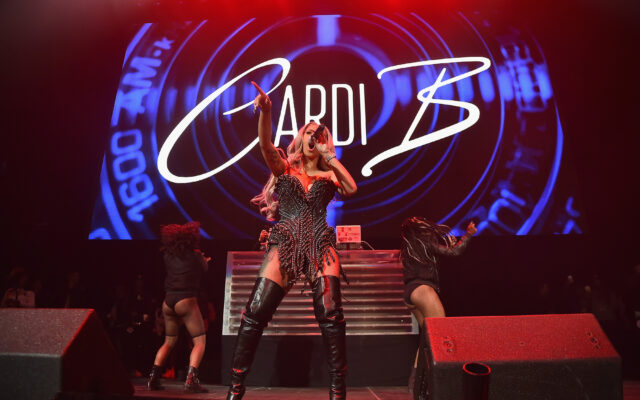 BROOKLYN, NY - OCTOBER 26: Cardi B performs onstage during 105.1?s Powerhouse 2017 at the Barclays Center on October 26, 2017 in the Brooklyn, New York City City. (Photo by Theo Wargo/Getty Images for iHeartMedia)

Following a series of defamatory comments blogger Tasha K made on her platform, Cardi B’s attorneys have asked a federal judge to order her to pay $4 million in damages.

Tasha K, whose real name is Latasha Kebe, has told fans she doesn’t have the money she’s been ordered to pay, but Cardi’s legal team informed a judge on Friday (September 23) that they want Tasha to clear the figure or agree to a supersedeas bond.

A supersedeas bond, often called a defendant’s appeal bond, allows the appellant to suspend judgment payments until an appeal is over.

Tasha K has allegedly put her home up for rent and departed the country to avoid paying her debt, according to @officialkenbarbie. Cardi’s lawyers aren’t backing down, though.

Is someone avoiding paying you the money you owe? Who are they, and why do they owe you money?