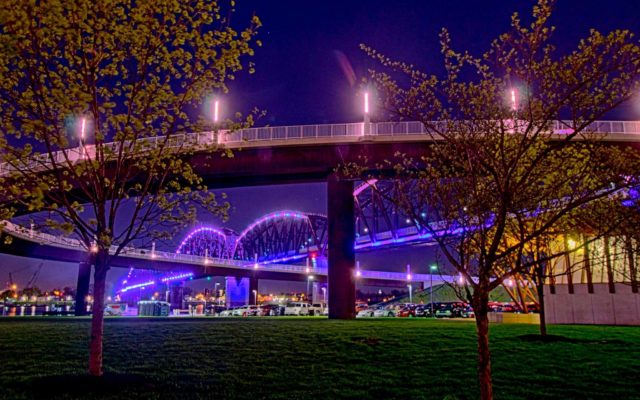 On Tuesday, Waterfront Park will light the Big Four® Bridge purple and gold in honor of Kobe Bryant. Louisville joins other cities around the United States such as Los Angeles, New York, Houston, and Philadelphia to pay tribute to the Los Angeles Lakers NBA star, his daughter, Gianna Bryant, and the seven others who were killed in a helicopter crash on Sunday.

More about:
Kobe
Kobe Bryant
light up
purple and gold