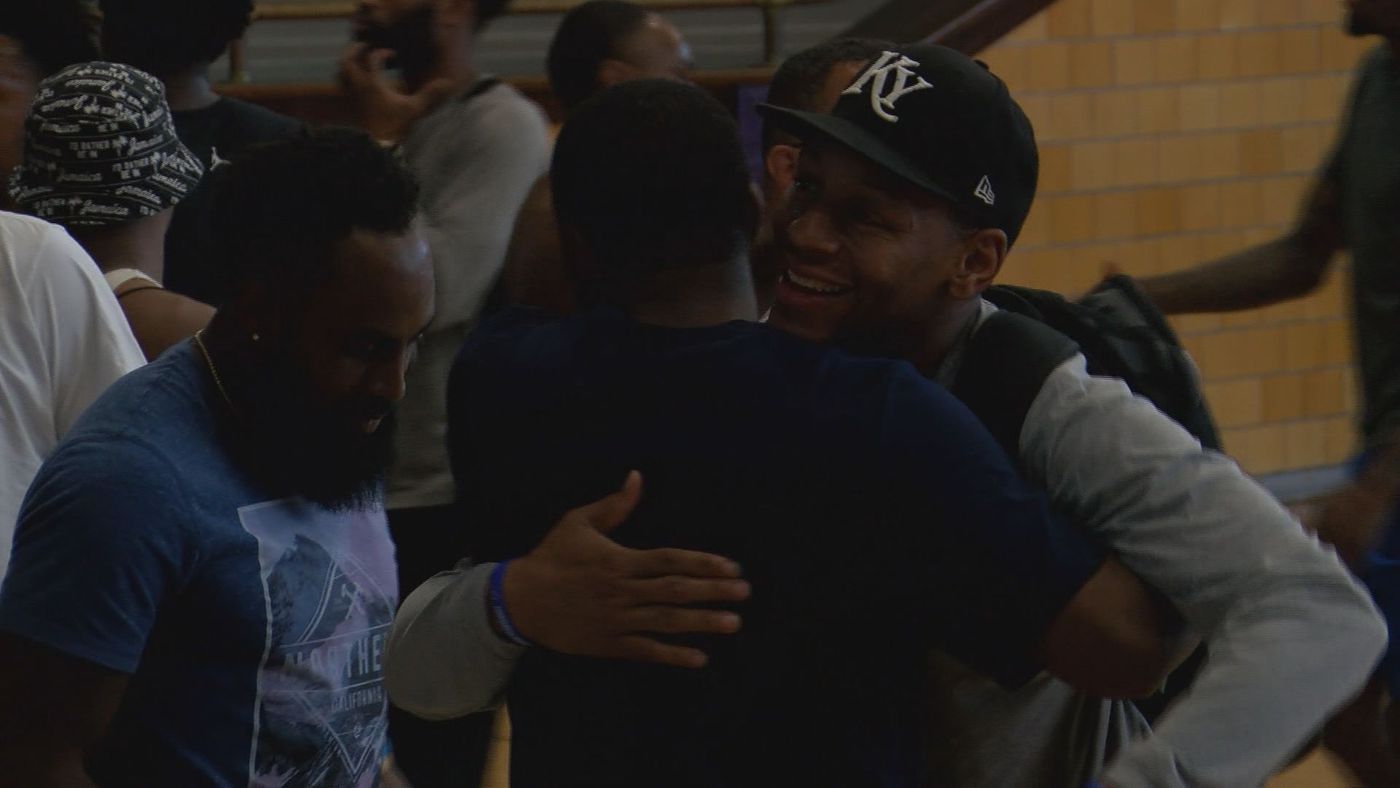 The league is about so much more than basketball. (Source: WAVE 3 News)

RUN, or Reviving Urban Neighborhoods, is a nonprofit focused on more than just x’s and o’s.

It’s also about providing critical resources for those who don’t have access to them. First, by getting the players in a positive environment on the hardwood.

“I realized it was bigger than a game,” founder and commissioner Brandon Hill said. “I was all basketball at one point but now we want to teach them how to have something outside of basketball.”

When Hill and Isaiah Britt coached together at Central High School, they realized something critical was missing.

“The kids lacked some of the knowledge that they needed to be successful in life, so we became more than coaches,” Hill said.

Britt added: “We kind of saw it as a creative way to provide resources to the community because we already know that sports is something that has their attention and they’re already engaged in it.”

So Hill and Britt created a league for men ages 18 to 35, with speakers to talk about college opportunities, financial planning, job and military opportunities, record expungement and other life skills.

They also have big-name players stop by and participate.

The 80 player slots are taken and the waiting list is about 200 names long.

“I think people are hungry for information and opportunities, we just need to find better ways of being more proactive to give them access to it,” Britt said. “We can’t just expect people to find stuff, we have to sometimes bring it to them.”

Hill says in just two years, eight guys have gotten offers to play college ball, one has an overseas professional contract, several walked away last year with new jobs — and they’re only getting started.

“We’re giving them what they want,” Hill said. “It’s a highly competitive league, but in the end we’re going to give you what you need right here as well.”

Brandon Britt, a player of three years, thinks this is exactly what urban neighborhoods need.

“We definitely need this kind of stuff going on in the city, in different cities around the country,” he said. “Bring people together, fellowship.”

Each team is made up from players from different zip codes.

“For me, growing up in a certain area, I get to meet people from different areas in the city and talk about their backgrounds and how we’re all pretty much the same at the end of the day,” Brandon Britt said.

This free, indoor summer league began with a jamboree and draft Wednesday. The games start July 8 and run through August 8, every Monday and Thursday evening. Everyone is invited.

RUN is looking to include more sponsors and volunteers, as well as add business partners willing to come in and speak with participants. Click or tap here to learn more.

More about:
A GAME
BIGGER
BRITT
BTAG
HILL
THAN