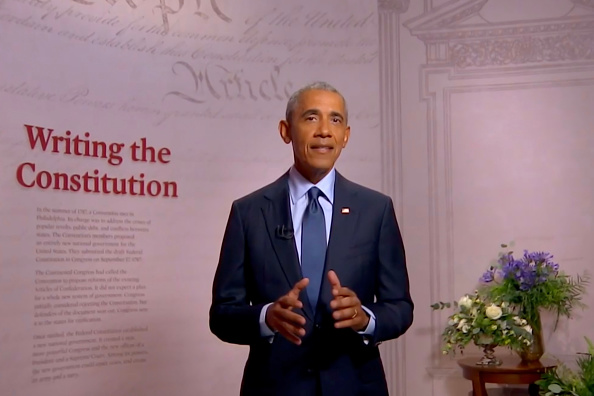 MILWAUKEE, WI - AUGUST 19: In this screenshot from the DNCC’s livestream of the 2020 Democratic National Convention, former U.S. President Barack Obama addresses the virtual convention on August 19, 2020. The convention, which was once expected to draw 50,000 people to Milwaukee, Wisconsin, is now taking place virtually due to the coronavirus pandemic. (Photo by DNCC via Getty Images)

Barack Obama releases his new book “A Promised Land.” It is officially available TODAY! This book, is the first installment of a 2 part book series since his tenure as POTUS (2009-2017)! Barack also took the time to curate a playlist for the book, that expressed his time in office. Some of the artists featured on the playlist are Beyonce, Jay-Z and Eminem. The one question that goes unanswered is…where is Young Jeezy? Barack teased his liking of Young Jeezy during his time in office, but it didn’t make his “A Promised Land” playlist? You can probably guess why, but that doesn’t take away his love of the street legend. Other artists that made the playlist are Aretha Franklin, Bruce Springsteen, John Coltrane, Sade, Stevie Wonder and others! This memoir details Barack’s journey to the White House.