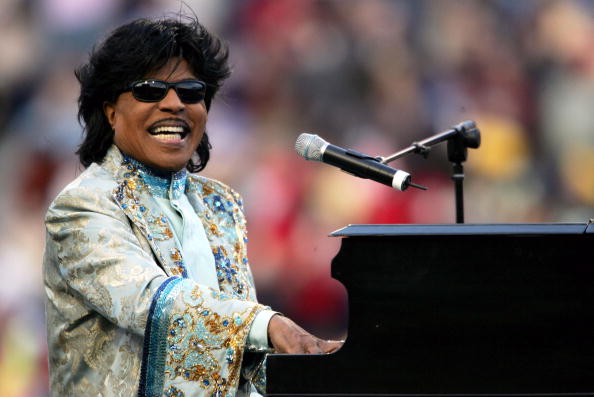 MEMPHIS, TN - DECEMBER 31: Musician Little Richard performs during the halftime show of the game between the Louisville Cardinals and the Boise State Broncos in the AutoZone Liberty Bowl on December 31, 2004 at the Liberty Bowl in Memphis, Tennessee. Louisville defeated Boise State 44-40. (Photo by Andy Lyons/Getty Images)

B96.5 thought it would be special to acknowledge a sou/rock & roll legend for those youths who might not know the importance of Richard Wayne Penniman aka “Little Richard!” His cause of death was bone cancer. He was a self-proclaimed innovator of “Rock & Roll,” but his contributions and inspirations to the music industry can’t be denied! Most known for hits “Tutti Frutti,” Long Tall Sally,” “Rip It Up,”  “Lucille” and “Good Golly Miss Molly!” Some of credible influence is stated by The Beatles, The Rolling Stones and Elton John! He was inducted into the Rock & Roll Hall of Fame in 1986! Some of his other accomplishments are The Hollywood Walk of Fame (1990), a Grammy Lifetime Achievement Award (1993), Songwriter Hall of Fame (2003), Blues Hall of Fame (2015). He will be truly missed, and he left the world his name and legacy to remember!